– “Night of Boka” is an event traditionally organizes during February Boka Navy subsidiary Tivat. For music and dance event visitors amused certain musical groups, and as usual, the members of the Navy copies of the “Boka wheel”, a recognizable and authentic by elements of the game with a medieval symbolism. The event “Boka” night of nervous and their guests represents a significant event which each year offers a variety of services: cultural – umjetnčki program, presentation of Boka cuisine, and all those facilities which aim to preserve the rich traditions of the Bay of Kotor.

– Takes place on Sunday and in the month of February in Tivat Donja Lastva. The procession with masks and Carnival, a traditional neighborhood of Seventh heading towards the pier in Lower Lastva, in front of St. Roch, the place where they will be doomed for all of the last year's troubles without appeal, and democracy. The carnival procession every year to find the city of Tivat music, majorettes and various dance clubs.

After trial and burning lastvovskog krnevala, fiesta continues at the “Camellia,” a small masquerade costume party for children and adults, in which prizes are awarded to the best masks.

The organizer of the NGO “Harlequin”.

Zucenica fest
Gastro event held for the purpose of presentation of Boka cuisine. It is organized for 8 years by the Organisation wife
Tivat and Radio Tivat. In this festival of gastronomy and popular creativity Visitors are able to taste imaginative dishes Schoolgirl, or as some call chicory, wild edible native coastal grasses. A special jury evaluates and awards the quality of food, the best arrangements and decorations, and then one of the evening dedicated to the entertainment program in which participating majorettes Tivat, Tivat city music, as well as many other artists.

Dani magnolia and “Tourist Flower”
Within the framework of the “Days of magnolia” held the traditional action “Tourist Flower” organized by the Tourist Organization of Tivat. The move aims to encourage the citizens to contribute to the development of the city in the horticultural sense to meet the summer tourist season.

The move opens in early May, and the Commission is engaged in the area of ​​the whole municipality of Tivat until the beginning of June when selecting the best candidates.

Categories that are elected are: Three decorated courtyards, the best kept garden in front of the residential-office space, most beautiful balcony, most beautiful hedges, most beautiful magnolia tree, originality in the horticultural Spatial Planning and dr …
Within the framework of magnolia, Tourist Organization of Tivat each year on a specific and new way to commemorate the day of the event Tourist flower, if there is a significant days in the environmental calendar.

In the first half of June organized award ceremony the best candidates in various categories. The award ceremony was followed by a rich cultural and entertainment program.

Tourist organization of Tivat during the summer organizes various events and events of different character. From culinary evenings in agreement with the hotel industry of the city that are enriched with a variety of amenities such as folklore and music performances over various concerts beautify summer nights and whose sounds far away to hear, evenings, to sporting events.

Centre for Culture Tivat organize the most important cultural event purgatory. Purgatorije, are held during the summer months (from mid-June to late August). Tivat's cultural summer is particularly interesting in recent years, for the duration of the festival, visitors, including a large number of domestic and foreign tourists, can see very good theater plays and performances, of which the largest number produced by the Centre for Culture Tivat. The greatest number of plays takes place on Tivat's summer stage, located in ljetnjokovcu Buca. Also, the contents manifesatcije Purgatorije abound appearances razlicititih and high quality domestic and foreign theater troupes, plays, performances, readings, art exhibitions and the like. From year to year Tivat's cultural festival all the hundred and interest confirms the qualities that make up the program content of the event. Tourists staying in Tivat due to its rich content of purgatory is always full of impressions go out of our city and where they return again.

Tourist propaganda offer Tivat Riviera is richer for a new event called “Festival of carob”. The event is held in mid-July. Festival, organized by the NGO “Croatian community roof”, the Municipality and the Tourist Organization of Tivat and the entire event is dedicated to plant carob of which are on the coast used to be manufactured flour, cakes and rakija.Stablo carob, which was back in 1886 before getting married and going to America planted a local resident Nina Stjepčević, because of its ambience protected by the Municipality of Tivat, is the central motif of the new manifestacije.Program is enriched with cultural and entertainment program and guests enjoying the beautiful sounds ary have the opportunity to taste fried, baked, and salted fish, wine, brandy and sweets from carob.

Interesting sports traditional event that was held in Tivat in the summer period (July / August). Specific and attractive because of the old national rules, and thus represents a tourist attraction. On Tivat boćarskoj Olympics, in addition to competitors from Tivat, and participating athletes from many other cities in Montenegro, as well as from abroad. Petanque in the coastal cities, especially in Tivat traditional sport that tends increasingly popularization as the oldest event which is held in this city.

Lastovo festivities
The event is traditionally organized in August in Gornja Lastva, near Tivat. The organizers of “Lastovo festivities” are cultural – tourist and homeland association “Napredak” and Tivat Cultural Centre. The first Saturday in August is held the main festival “Lastovo festival”. Fest includes: cultural – artistic programs, kolo “Boka Navy” accompanied by musical – educational association “Tivat”.
Numerous domestic and foreign guests and the citizens of Tivat who visit the mentioned manifestation, enjoy listening lastovskih original songs and traditional dances known as lastovsko Škaljarsko and folk dance.
A very interesting content “Lastovo festivities” are “Evenings at the mill”, dedicated to harmony songs (traditional way of singing, which is represented in Boka and Dalmatia). Also, every year, visitors can attend exhibitions of paintings of Tivat fine art creators. Like most other events in Tivat, and “Lastva festivities” are intended to preserve and nurture the cultural heritage of Boka and Tivat.

The November days of culture

The November days of culture are organized on the occasion of 21 November, the day of the Municipality of Tivat and within them during the month of November cijlog held various exhibitions, poetry evenings, theater performances, concerts within the regular program of the Centre for Culture Tivat during the winter period. 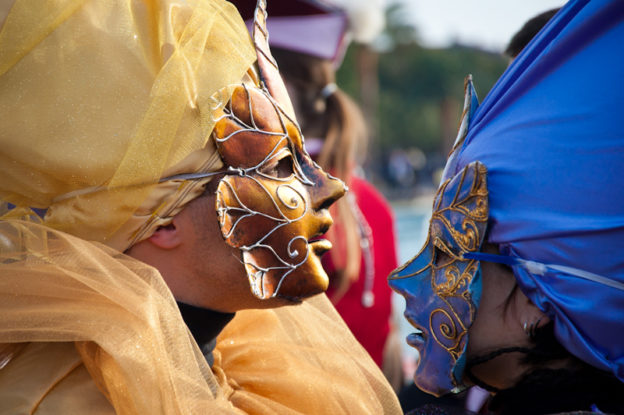